LAND USE AND CUSTOMARY RIGHTS

In Papua, Indonesia, a culturally diverse region, PT-FI has engaged for decades with Indigenous Papuans through multiple formal agreements that promote workforce skills training as well as health, education, public infrastructure development, and participatory monitoring and evaluation of PT-FI-funded projects.

The PT-FI project area is located where Indigenous Peoples of Papua hold customary land rights. Specifically, the Amungme in the highlands and the Kamoro in the coastal lowlands are considered traditional landowners of the area, along with the Dani, Damal, Moni, Mee, and Nduga. All land used by PT-FI has been legally and formally released by the customary landowners through the local government for use by the company through a Contract of Work with the Government of Indonesia. In December 2018, the Indonesian government granted PT-FI an IUPK (special permit to operate) to replace its former COW, enabling PT-FI to conduct operations in the Grasberg minerals district through 2041. Please see FCX’s 2020 Form 10-K for more information.

The "1974 January Agreement" between PT-FI and the Amungme was a recognition of the Indonesian concept of hak ulayat, or the customary rights of Indigenous People to land they traditionally used for hunting and gathering. Subsequent to that agreement, the Government of Indonesia formally recognized the right to compensation for hak ulayat (customary rights). Compensation in the form of rekognisi (recognition) is paid to communities for a release of their hak ulayat, as hak ulayat is a communal property right. PT-FI has paid recognition over the years through community programs mutually agreed upon through consultation with Indigenous Peoples and guided by the laws of the Government of Indonesia.

In 1997, PT-FI signed a Memorandum of Understanding (MOU) for implementation of the Kamoro Five Villages Recognition Program (Lima Desa) for the five villages of Nayaro, Koperapoka, Nawaripi Baru, Ayuka and Tipuka. The Lima Desa, or Five Villages Program, recognized the Kamoro’s hak ulayat in both lowland areas and the coastal zones where PT-FI developed its tailings deposition area, cargo dock facilities, port, and electrical transmission line corridor. Under the program, PT-FI has constructed over 400 houses as well as roads, bridges, churches, schools, clinics, government buildings, clean water facilities, power installations, and drainage systems. PT-FI fulfilled its commitments under the MOU in 2009, and most infrastructure and facilities have been handed over to the Mimika government, local churches and the Kamoro communities.

In the highlands, the Amungme’s hak ulayat is recognized by PT-FI through a MOU signed in 2000 for the implementation of the Program Tiga Desa or Three Villages Program for the villages of Wa’a Banti, Aroanop and Tsinga, which surround the PT-FI project area. Under the MOU, PT-FI committed to constructing housing and public facilities such as bridges, airstrips, roads, churches, sewage systems, and markets. The MOU also provides for the joint monitoring of the socioeconomic development of resources, human rights, land rights and environmental issues. In 2020, PT-FI contributed $2.1 million to the Program Tiga Desa for infrastructure remediation, clean water facilities installation and micro-hydro maintenance. More than $97 million has been invested since the program was first established in 2000.

In addition, PT-FI created land rights trust funds for the Amungme and Kamoro in 2001 to provide voluntary special recognition for the holders of the hak ulayat. In 2020, the company contributed $500,000 to each of the trust funds, and since its inception, contributions have reached nearly $59 million. These agreements are part of another MOU established in 2000. The aim of the MOU was the joint monitoring of the development socio-economic resources, human rights, land rights and environmental issues. Monitoring is achieved through a Forum (Forum 2000) consisting of representatives of the Amungme and Kamoro Indigenous Councils and PT-FI. 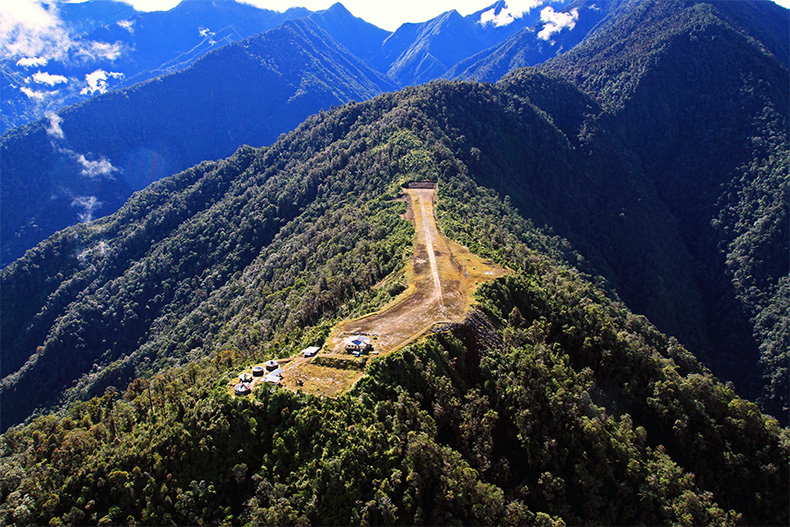 BACK TO INDIGENOUS PEOPLES > LAND USE AND CUSTOMARY RIGHTS